Visionary on Cryptocurrency of the Future

So where is this all going?  Last week I travelled on the TGV from Bordeaux to Paris. The journey itself was unremarkable, apart from the speed – sometimes approaching 220mph with hardly a bump.  But in essence the mechanism of the transit infrastructure (train track, signaling, etc.) has been in place for more than half a century. However, the consumer experience of planning/undertaking the trip certainly wouldn’t have been conceivable to anyone 50 years ago, and demonstrates just how far technology has come in the last decade alone.  Because it is the introduction of mobile internet applications and the transmission/verification of trusted digital data that lies at the core of this advance.

To explain this further, I purchased my eTicket over the internet, receiving a confirmation email within seconds allocating me a numbered seat and specific carriage.  When the ticket inspector arrived I was able to open the email on my phone using the trains Wi-Fi, show him the QR-code on the screen, which he scanned with his hand-held device, and so verified both the validity of the purchase and also that the seat number of the train I was travelling on was indeed allocated to me.

Could this have been done only 10 years ago?  No. And where will we be in another 10 years?  Who knows, but the continual rise of ever more powerful computing capability, with mobile technologies and digital verification applications is extremely potent, and soon this will be combined with what is often referred to as the synchronicity of convergence that is building with the ”Internet of Things”.  When you couple this with the possibility of autonomy of action by applications that will be built on Blockchain technologies that require no oversight or human intervention – then a true ‘future world of robot machines’ suddenly doesn’t look so far away.

Bots instead of traders

Now FX professionals don’t need to be told that instantaneous digital validating of trades is a massive part of your business today. But the implications to your business model of the new Blockchain technologies may well be extremely disruptive. It will not just be secure peer-to-peer value transfers, using bitcoin and the Blockchain, which will eat into your trade. It will be the real possibility of the rise of autonomous algorithmic programmable trading bots that will trade between themselves, utilizing the validation of the Blockchain, without the need for any real-time oversight by humans.

In a business environment that strives for efficiency and low costs, there is nothing more efficient than a programmable machine. In a world of globally competing autonomous trading those that have the least friction and lowest costs will triumph. Bitcoin transmission already offers considerable low-cost advantages over the current traditional exchanges between different currency unit accounts. Once this starts to be used by autonomous machines, the possibilities are mind-blowing. Imagine value proportions proposed by, say your refrigerator, which has the power not only to order its own ‘top up’, but can use its bargaining power of digital secure payments without human intervention to achieve the most efficient delivery of new foods, etc. Driverless cars, in the cities of the next century will not only program their own routes, by ‘talking’ to other vehicles and assessing the route of least resistance, but will be able to ‘trade off’ between each other. Suggesting to another autonomous vehicle that it might like to slow down and free up a route, in exchange for a digital instantaneous payment, individual ‘agreed contracts’, that their algorithms will negotiate to achieve the desired optimum result.

The future is already here

There have been volumes of Science Fiction visions about Future New Worlds, most of which require the reader to imagine an invention/process yet to be discovered (teleportation, hyper-drive motors, cryogenic re-birth, etc.). But the ability to define ‘contracts’ (whether these are financial or socio-political) that are backed by incorruptible, time-stamped verification has now actually arrived with the decentralized distributed ledger of the Blockchain innovation.

To conclude: It is certainly incredibly hard to try and ‘value’ a bitcoin in pure monetary terms. It is indisputable that they are the required ‘reward’ to miners and nodes that drive the Blockchain and ensures that the distributed ledger continues to grow and function efficiently. That is where their true value lies. I do agree that, at this moment in time, bitcoin is not a traditional currency in the classic definition, and may never actually become one. But bitcoin, or a ‘child of bitcoin’ in some form will undoubtedly be the oil that lubricates the smooth running wheels of the new commerce of Blockchain Applications that are coming in the Future Internet of the New Machine Age. 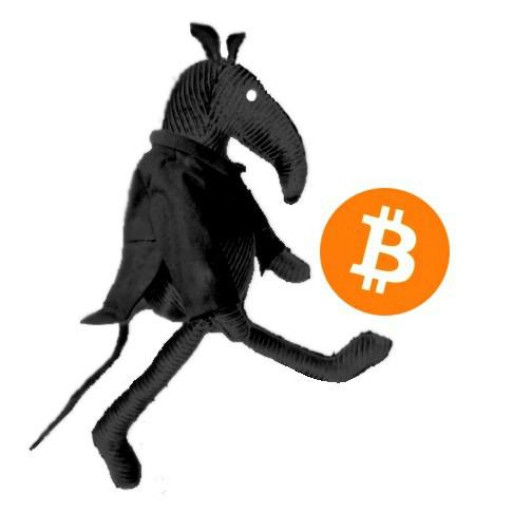 Bitcoin Rat is one of the most active members of the bitcoin twitter community with architecture and graphic design background. Bitcoin Rat has been involved in crypto activity since mid 2012.