There is a popular saying that “Know what you do and do what you know”. Price action in a practical sense means we know what we are doing in the market and then doing only those things that we know about the market. In other words, most of the trading failures in the market happen as a result of failure to follow both of the above simple rules. 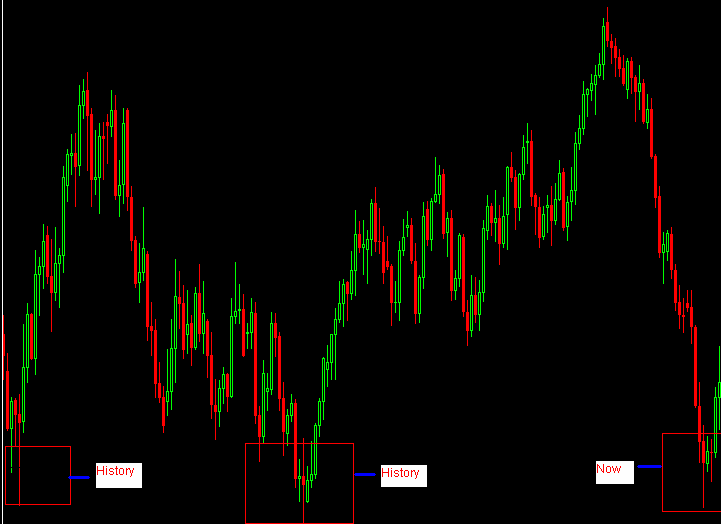 In the context of this discussion, it is extremely important to know why price action works. To know the answer, we need to understand the pillars on which the price action protocol is built.

1. Price is a derivative of human psychology. That’s why price is called as “perceived value of a security.” 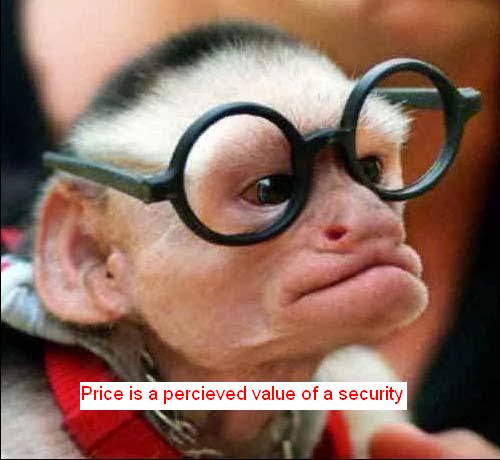 2. Price action trading in its true sense is nothing but a deep reading of crowd behavior involved in the market activity.

3. Price action trading says that to a given situation a human mind reacts in the same manner most of the times, if not every time. An example is, traders start buying each time the price touches a key support area where the buying has begun when the price was in the same area last time.

Why Systems and indicators do not work in the long run?

When we talk about “why price action works?” it is pertinent to know “why systems and indicators don’t work in the long run?”

The reason is simple. As we know market is nothing but a collective psychology. A psychology is nothing but reflection of human mind. Since human mind is infinite, market has billions/infinite of permutations and combinations. No program or system can code all those billions/infinite permutations and combinations. All the programmed systems are designed considering certain set of conditions and when the market moves away from those set of conditions, systems fail miserably and push the traders to the docks! 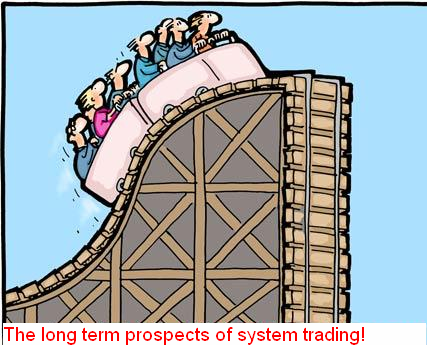 Indicators are designed based on certain algorithms relying on the data of past periods. Hence they represent more of the past than the present. That’s why most of the new traders complain that indicators are lagging meaning they show the signal long after the move.

As of late, trading the news/events has become a craze in the market arena. What people do not understand is the fact that the price they are trading has already factored all the fundamentals and events of at least next year. This means, in a true sense, the price of a currency on 1st of Oct 2013 is in reality the price as on 1st of October 2014 at least. Traders need to understand that market is always ahead of time. Hence trading the news/ events is just a big joke which will do more harm than good to the trading capital. 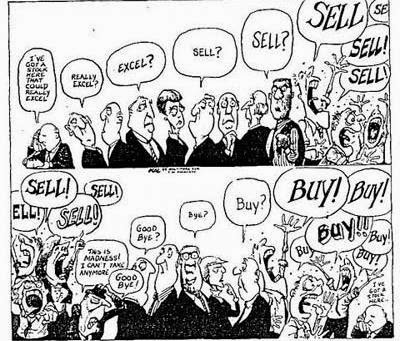 After we know the basic characteristics of both price action as well as other ways to trade the markets, we shall discuss the practical aspects of price action trading and the phenomenal advantage it offers to all type of traders.

Application of price action protocol in your trading is as easy as you could imagine. You need not spend thousands of dollars to implement price action protocol. What all you need is a candlestick chart and few MA’s. Then you need to know key support and resistance areas as well as the type of reactions in those areas reflected in the form of candlestick patterns. That’s all. You are ready to begin your price action trading.

There is one common belief among all the losers. That is “anything which is successful in this world has to be complicated!” However as per the universal law, the best one is always the simplest. Are you not yet ready to believe? Then just look at the below illustration.

In this illustration, price makes slight upper move from the support and then forms an Inside Bar providing an opportunity to a price action trader to go long. Entry is taken just above the Inside bar whereas the stop is placed just below the low of Inside Bar. A risk is to return of 1:16. Simple yet incredibly powerful! 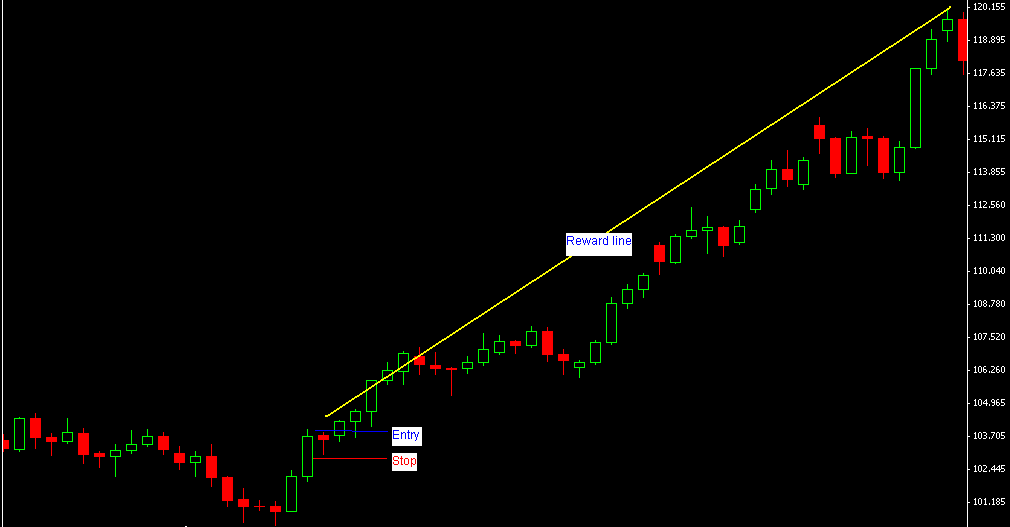 In this illustration after forming two consecutive Inside Bars, price prints an Outside Bar indicating heavy bearishness. Entry is taken on break of the low of Outside Bar whereas stop is placed just above the high of the Outside Bar. Reward is 1000 pips with no physical, mental stress! 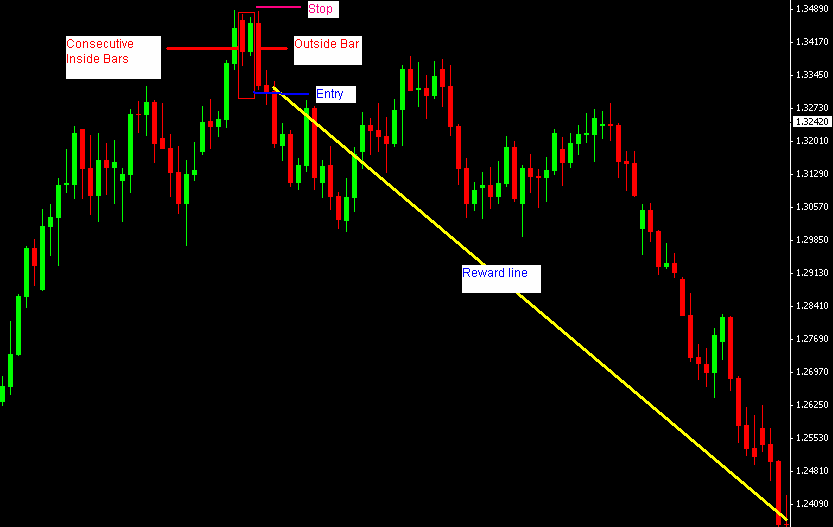 The key to trading success is measured in terms of the risk one needs to take in order to achieve the desired profit which is also known as risk reward ratio. As we are aware, a price action trader always takes his trade at key resistance and support areas. Price always moves from resistance to support and vice versa. Hence a price action trader ends up catching the extreme ends of a move majority of the times and hence it leads to huge rewarding trades. The outstanding success of price action protocol trading lies in its incredible risk reward factor.

Capital preservation/appreciation by defining the risk and the reward

Under price action protocol trading, risk as well as reward is defined in clear terms which bring rational approach to the trades that we take. It also facilitates to decide on the percentage of capital we can risk on a particular trade. Adding to that, we also define our targets by identifying next key resistance/support area. Let us understand the same by an illustration.

In this case we get a hammer in a support area. The entry is made on break of hammer upside and stop is placed just below the low of the hammer. Now the risk is defined as difference between the entry and the stop. The reward is the difference between the entry and the exit. In this case the exit is defined at next resistance area depicted in the illustration. This is where price action protocol brings holistic approach to trading. 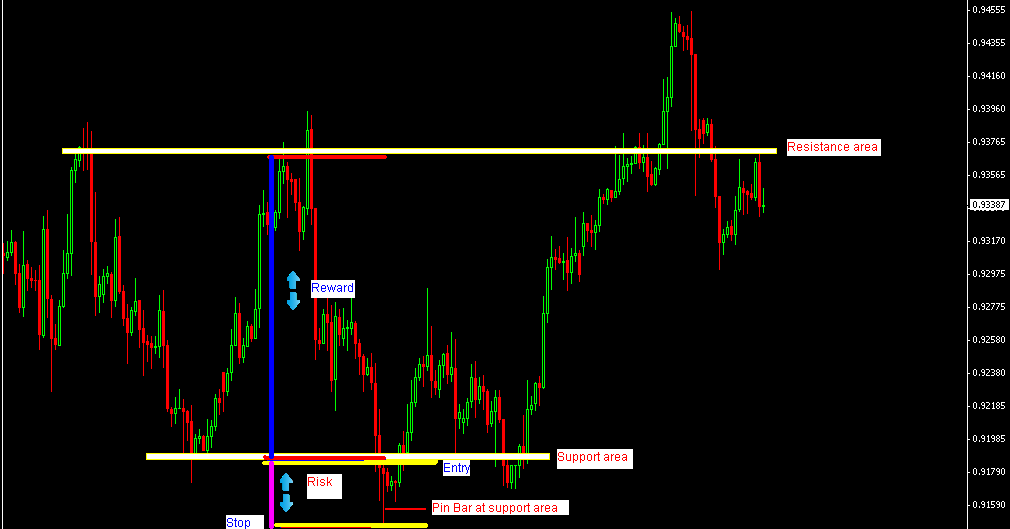 You can carry on your day job and still you can trade the markets profitably! Majority in the trading arena carry a wrong belief that in order to be successful in trading, a trader needs to sit in front of the screen all day long and watch the market. Under price action protocol, one can be a successful and profitable trader without compromising on his job/profession/business. The one who trades price action on daily, weekly, monthly charts can spend as less as 15-30 minutes per day and   still be highly successful. Price action protocol is a way to trade the markets without causing stress to physical body and the mind. The price action on higher timeframes is not only reliable; it can be your next blockbuster! 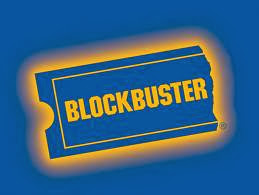 Plan the trade and trade the plan

Amateurs chase the market whereas all veterans wait the market to come to their level to take a trade. Under price action protocol we mark everything meticulously in advance.  We define our key areas, entry, stops, exit well in advance and then wait for the price to fall in to the zones. Then based on the reaction of the market to such zones we make the trading decisions accordingly. There is neither knee jerk reaction nor the panic. That’s what separates professionals from the gamblers.

Stacking the odds in our favor

Trading the market is a game of probability where the winners are the ones who stack most of the odds in their favor. Under price action protocol, we analyze, define and plan each and every aspect of the trade and thereby stack the odds in our favor. If the odds are not in our favor, we pass such trades and wait for the next one to fall in our way. 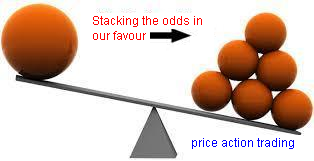 All losers have one common characteristic. It is over trading. Those traders are like a person who eats sandwich, burgers and pizzas at every corner of his town. Result is very much predictable. A trader involved in overtrading is doing nothing but just wasting his valuable physical, mental and financial resources for nothing.

Under price action protocol trading, we trade daily timeframe as a thumb rule. In one word, we can say it is “using minimum resources and making maximum gains”. That says it all!

Compatible to changing times and conditions

Most of the systems, indicators work in trending markets and start giving false signals consistently! When market moves in to a range. However price action trading system works in both types of markets as the basic concept of price action trading system is designed on the belief that “The resistance and support is universal to all types of markets. The difference is, in ranging market the gap between the support and resistance shrinks and in a trending market it expands.” 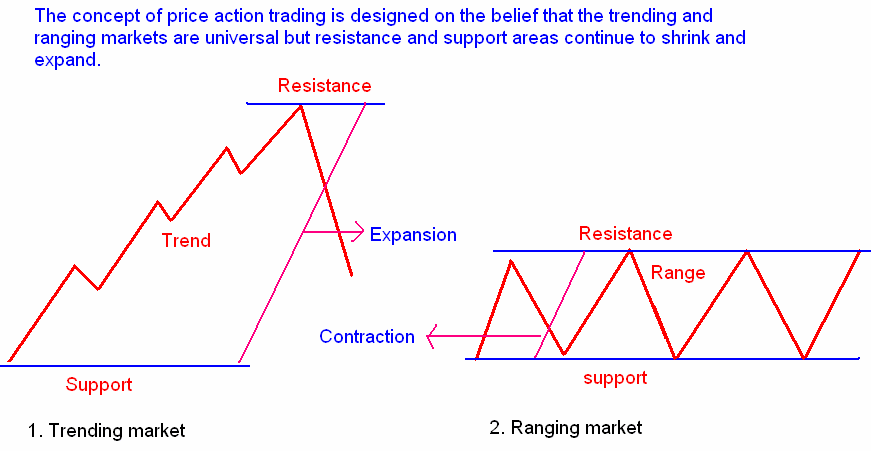 Since the inception of markets, People across the world have tried to find a holy grail which can outdo the market and make plenty of money for them. They have come with systems, indicators, robots and what not? All of them worked in certain conditions giving an impression that they made it in the market. However sooner or later market condition changed and it took away all they had plus more! Despite this, people still continue to build market systems. Every trader, before making an entry to the trading arena has to understand that human mind cannot be contained in a program. Instead human mind is expanding and evolving every minute which is reflected as a price or value of a security in the market.

Contrary to the above, price action protocol always believes that collective or crowd behavior is always influenced by conditioned mind and also by greed, fear and panic. This behavior is apparently reflected through different patterns like false breakouts. What the price action protocol does is just exploit these repeated crowd behavior to maximize the gain. All in all price action is the most scientific, logical, rational and practical way of approaching the market. It does not stop there. The rewards are phenomenal. The risk is almost nil. You never know, it can be your next trade which can take your trading account to phenomenal highs!